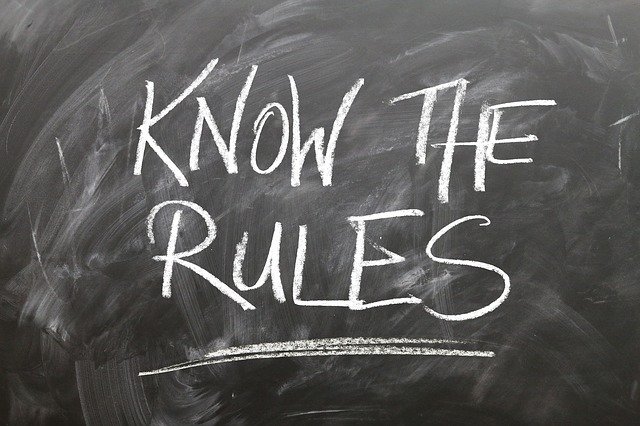 On 30 July 2020 the term for transposition by Member States (‘MSs’) of Directive (EU) 2018/957 (the ‘Revised Posting Directive’) expired. Even though this topic remains somewhat eclipsed by more pressing COVID-related legal topics, no business, which engages in cross-border provision of services throughout EU can simply ignore the new rules on posting of workers.

A recap of why posting of workers matters

We previously commented on what posting is and the overall process it incorporates. Basically, posting of workers refers to sending out employees by the employer to carry out work for a limited period of time in an EEA state other than the state in which he or she habitually works (‘Host State’). Sending may take place in the context of a contract of services, an intra-group posting or a hiring out through a temporary agency.

Postings also trigger various obligations for the posting employer. They may include mandatory pre-posting notification to Host State authorities, appointing of liaison person, and/or a representative before local social partners for collective bargaining, keeping documents available on the spot during the posting and after its completion and presenting them to local authorities in case of inspections, and so on. Those obligations, however, are just the ‘tip of the iceberg’ regarding the compliance with posting rules and regulations. Genuine compliance requires posted workers to be provided with a core-set (nucleus) of terms and conditions of employment, as provided in the Host State, while a breach of the applicable requirements may lead to substantial administrative sanctions or even to criminal liability in the Host State.

The sources, regulating the terms and conditions of employment to be ensured to a posted worker, are significantly expanded. In addition to laws and administrative provisions, Collective Bargaining Agreements (‘CBAs’), declared universally applicable in the Host State, come into more active play. So far, most countries referred to CBAs as a source of terms and conditions of employment mandatory for posted workers only in the construction sector. As of the 30th of July 2020, universally applicable CBAs will be relevant for postings in all business sectors.

The increased diversity of sector-specific sources will certainly make the task of identifying the mandatory terms of employment to be ensured to a posted worker much more challenging. It remains to be seen, if the increased transparency standards imposed by the Revised Posting Directive will be adequately met by MSs so as to smoothen at least partially the large burden, which posting employers will be confronted with. It will not be surprising, if significant divergences continue to exist in the way, in which different MSs discharge their disclosure obligations with respect to the applicable terms and conditions of employment for posted workers.

Equal Pay instead of Minimum Pay

Another obstacle, which posting employers may expect, is linked to the determination of the remuneration they need to pay to their posted workers, as the concept of ‘minimum rates of pay’ is now replaced by the new ‘equal pay for the same work at the same place’ principle. Practically, this means, that a posted worker will be entitled to receive not just the minimum wage and overtime rate, but all other constituent elements of the remuneration. as determined by the host MS’s sector-specific CBAs. Those components may include allowances, supplements, gratuities, and more.

Unfortunately, it is unclear whether posted workers will have to be put entirely in the context of a local worker as regards entitlement to all remuneration components in the Host State or certain deviations will nevertheless be recognised. For example, some components depend on qualitative criteria, such as initiative or autonomy of the worker, which are difficult to assess and apply with respect to a posted worker, given the temporary nature of the assignment in the Host State. If the national rules, transposing the Revised Posting Directive, are not specific enough, there will be a broad playing field for national authorities to hammer-out practices through their inspection activities. This may additionally diversify the regulatory scenery to the uncertainty and risk of cross-border service providers.

Allowances, specific to the posting and reimbursement of costs

Allowances, specific to the posting, are to be considered part of the remuneration actually paid to a posted worker, unless they cover expenses actually incurred on account of the posting, such as travel or board and lodging. If it is unclear under the law applicable to the relationship which elements of an allowance are attributable to expenses and which are part of remuneration, the entire allowance is considered expense-related.

However, if a posted worker is assigned from his/her regular place of work in the Host State to another place of work in the same or in another EEA State, he/she should be paid at least the same allowances or reimbursement of expenditure for travel, board and lodging as those applicable to local workers in the Host State, according to its laws and/or practices. This obligation applies independently and in addition to the basic obligation for the payment of all constituent elements of the remuneration according to the Host State rules.

A maximum term of 12 months is imposed, after which posted workers need to be ensured not just the nucleus of core-set terms and conditions of employment, but all terms and conditions of employment, that are laid down in the laws and/or practice of the Host State. Excluded from this scope appear to be only the procedures, formalities and conditions, relating to the conclusion and termination of the employment contract, including non-competition clauses, and the supplementary occupational pension schemes. It is important to note, that the said term may be extended to 18 months by reasoned notification.

To bar circumvention of the aforesaid term, triggering full applicability of Host State’s laws and practices, the Revised Posting Directive stipulates, that the period of posting of a worker posted to replace another one performing the same task at the same place will be counted cumulatively to the initial posting period of the worker replaced. As such, assessment as to whether a replacement is in place requires analysis of the service provided, the work performed, the address(es) of the workplace, and more is in place.

Special care should also be taken of divergences in national transposition of this rule with respect to postings, which have been ongoing as of 30 July 2020. For example, with respect to such postings, the German transposition provides, that periods, accrued prior to that date, will be counted against the 12/18-month period. The Belgian resolution appears to be similar. Also, depending on national rules, breaks in the posting period by periods of inactivity of the posted worker (e.g. due to sick leave, holiday, etc.) may or may not be counted to reduce the overall 12/18-month period. This suggests, that all employers need to be mindful of any long-term postings they commit to, especially taking into consideration the events of COVID in recent months.

The Revised Posting Directive stays as an autonomous legislation to the rules on social security coordination within the EU. The concepts of posting, featured by those distinct legal instruments remain different – at least for the time being. As such, it would be wise for all employers to be mindful of each Host State’s view of posting concepts prior and during the posting of workers.

The Revised Posting Directive will apply to the transport sector once the sector-specific European legislation starts to apply (known as Mobility Package). Until then, the rules of the 1996 Posted Workers Directive will continue to apply.

In this regard, after nearly three years of negotiations, the EU legislator has reached a compromise, based on which posting rules and therefore minimum terms and conditions of employment of the Host State should not be applied to bilateral and transit operations, whereas they should be guaranteed to cross-trade and cabotage operations.

The Revised Posting Directive is not directly applicable in the states it is addressed to, which suggests significant differences in national rules, interpretations and practices. That is why each posting operation needs to be carefully planned and prepared so as to avoid administrative or even criminal sanctions. If your business ever requires assistance in regards to the key aspects of the posting of worker process across Europe, you can always reach out to us, as we continue to monitor events and develop solutions, that mitigate the administrative burden of organisations.